Please enjoy this guest post from Sarah Andrews, Executive Director at Edge of Seven — a very worth volunteer travel organization that we are pleased to feature.

Building Up Girls in Nepal with Edge of Seven

The laughter of students at recess rang across the schoolyard in the small Himalayan village of Phuleli, as Sarala Rai talked of how she spent her childhood there collecting firewood and grass for her family’s animals while dreaming of one day being able to receive an education. Now 16, this dream of Sarala’s is coming true. She is one of the lucky ones able to attend higher secondary school in her district capital. On this recent visit home to her village, she remarked how many of the younger girls she saw before her could be married by the time they were her age.

At the time of Sarala’s visit home, Edge of Seven was in the process of constructing a secondary school to house students in grades 7 and 8, who currently had a lengthy commute to reach the closest secondary school. Because families in rural Nepal often rely on their daughters to shoulder the responsibilities of most household chores, commute times that take away from time spent working often lead families to keep girls home from school. Edge of Seven’s classrooms, built in the village center, would ensure that more girls in Phuleli were able to receive an education.

Edge of Seven is an organization that engages volunteers in its mission to create access to education, economic, and health opportunities for girls and women in the developing world. It does this by providing funding and volunteer support for infrastructure projects – like schools, dormitories, and water supplies – that directly benefit girls and women in rural communities. 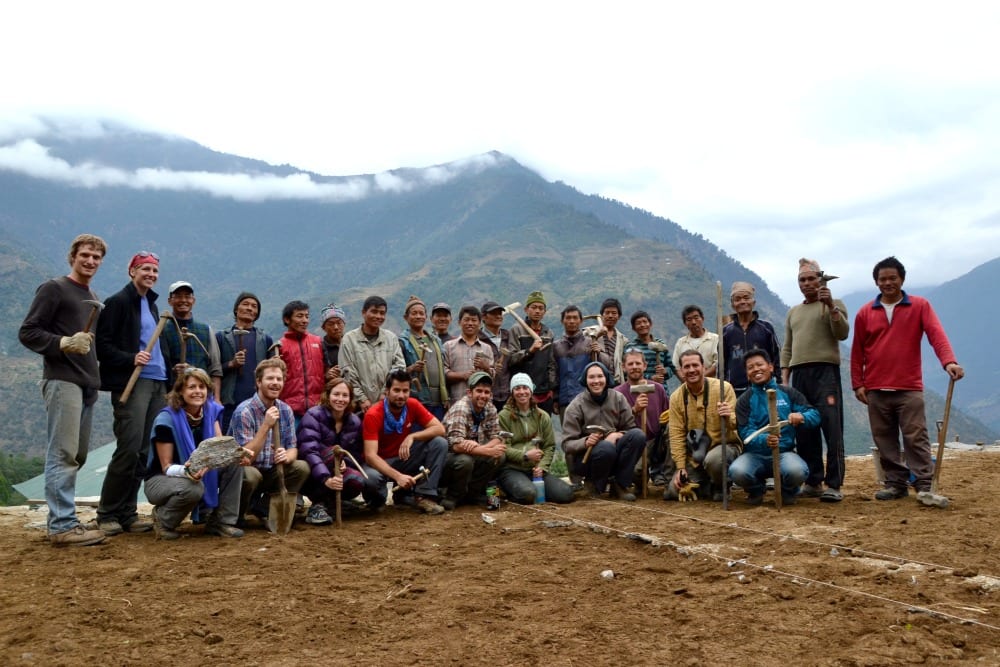 For the past three years, Edge of Seven’s efforts have been focused in Nepal, where the organization has completed four school buildings, two community water supplies, and one hostel housing 40 college-bound girls in the Everest Region. Since its founding in 2010, Edge of Seven has helped 455 girls and women attain access to an education, and its projects have directly benefitted close to 900 individuals living in the communities where it works.

Edge of Seven works with community leaders and local partner organizations in Nepal to identify projects that would provide majority benefits to marginalized girls and women, because numerous girls, like Sarala, who are able to achieve a higher education are better positioned to lift themselves, their families, and their communities out of poverty. Studies show that girls who receive seven years or more of education marry later and have fewer children, improving economic and health outcomes for their families.

In engaging volunteers and world travelers in its work, Edge of Seven aims to inspire, educate, and empower others to become part of the movement that has been dubbed “The Girl Effect,” to create social change so that more girls like Sarala can receive an education. To learn more about getting involved with Edge of Seven, visit www.edgeofseven.org.

In October of 2013, Edge of Seven will be running a fundraising trek to Everest Base Camp for individuals looking to combine adventure with social action. All funds raised from the trek will go directly toward Edge of Seven’s educational projects in Nepal. Edge of Seven is also seeking volunteers to join their upcoming school build in the Everest Region this November. For more information, email info@edgeofseven.org.

It’s a wonderful thing when entrepreneurs discover an important niche,…

The History and Mission of Habitat for Humanity

When I think of volunteering, one of the first organizations…

Sustainability is such a buzzword these days. It’s one of…